At New York's MTA, Failure Is A Way To Get More Money

I've noted previously how bureaucratic failure is the strategy used by government agencies to squeeze out more taxpayer money and grow themselves. Consider the state of public transit in New York.

It's been a bad few months for New York's MTA, operator of the subway system and two of the three commuter railroads.  (The third commuter railroad, NJ Transit, is run by New Jersey.)  Here is a timeline of some problems from DNAInfo.  In most years there are no train derailments, but this year it's been one after the next. On January 4, a Long Island Rail Road train blew through the end of the line and crashed into the Brooklyn terminal, injuring dozens.  On March 24, a train derailed going over the switches in Penn Station, and another train did the same on April 3, and yet another one on July 6.  (These were Amtrak and NJ Transit trains, but the derailments screwed things up for the MTA's Long Island Rail Road as well, since it shares Penn Station.)  On the subway, there was a big derailment of an A train in Harlem on June 27, again with dozens of injuries; and then a derailment of a Q train in Brooklyn on July 21.  A derailment generally shuts down the line or station affected for at least a day, and often multiple days; so these are major events.

Outside of the derailments, subway delays have seen a big increase this year.  And on July 10, Amtrak began a major round of repairs at Penn Station, causing diversion to more remote terminals of many LIRR trains that normally would come into Manhattan.

Needless to say, all of this chaos has brought an outcry that the situation needs fixing.  And, this being New York, everybody can agree on how to fix things:  raise more money!

Governor Cuomo -- who appoints the MTA Board members, and is thus on the wrong end of the political firestorm -- has now brought back former MTA Chairman Joe Lhota to resume the job.  (Lhota's previous tenure in 2011-12, although relatively brief, was widely regarded as a success.)  On Tuesday, Lhota came up with his rescue plan.  Here is the New York Times report on the plan:

The authority’s chairman, Joseph J. Lhota, outlined a sweeping set of fixes that he vowed would turn around steadily deteriorating service. The plan included at least 30 separate measures to address the major problems plaguing the system, including antiquated signals and subway fires, and called for hiring 2,700 new workers. . . .  The improvements come with a steep bill — about $450 million in operating costs and $380 million in capital investment — and Mr. Lhota called on Mayor Bill de Blasio to help fund the plan.

Oddly enough, with derailments and delays constantly in the news, nobody stops to ask why the vast sums the MTA already gets are not sufficient to maintain the system.  Is the current budget being used effectively?  This question is just too crude to ask amid such a crisis. From E.J. McMahon in the New York Post on June 26:

Amid all the finger-pointing over who’s to blame for the subway “summer of hell,” New York’s leading politicians at least agree on this much: The transit system needs more money.

There is various data, meanwhile, that captures how inefficiently existing funds are being spent. According to Alon Levy of Pedestrian Observations, New York's construction costs for transit projects are between five to ten times those of major international cities (like London and Paris) for comparable projects.  Levy points to union work rules and benefits (not so much base pay) as the main reason for the differential.

Every subway train has not one but two workers operating it -- and a subway train runs on a fixed route that is pre-determined.  Has MTA considered automating this function? Similarly, thousands of subway station workers earn pay plus benefits approaching $100,000 annually on average.

In a recent New York Post article, Nicole Gelinas of the Manhattan Institute points out that over the past decade or so the MTA has found several new sources of revenue (dedicated taxes); and essentially all of the money has gone into increased worker pensions and benefits, with little to no improvements in service or maintenance. She writes:

So what is the MTA spending its money on?  The biggest culprit in skyrocketing costs is employee benefits.  Consider that in 1985, retirement and health benefits for New York City Transit personnel cost $1.2 billion in today's dollars.  Today, they cost nearly $3.1 billion annually. . . .  This increase in benefit costs alone consumes all the additional revenue that the MTA takes in from the payroll tax the Legislature implemented in 2009.  Should the Legislature enact a new tax, ever-increasing benefits likely will consume that, too.

Yet for the MTA the strategy of getting more money, and diverting that money to non-productive purposes, continues to work politically.

[This post originally appeared, with modifications, on the Manhattan Contrarian]. 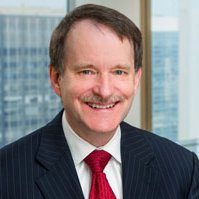 The Limits Of Historic Preservation