It’s evident from the exhibit that the duration of weekday trips in Melbourne by car tend on average to be short, while those by public transport tend to be long. For example:

The numbers are from the Victorian Integrated Survey of Travel and Activity (VISTA), a continuous survey that samples around 14,000 residents of Victoria. It’s important to note that the exhibit shows the proportion of trips by time category for each mode. It’s in percentages, so bear in mind the total number of car trips is more than eight times greater than the total number of public transport trips.

That said, the difference shown in the exhibit has obvious and enormous relevance for the practicality of the “20-minute city”, which seeks to set a maximum trip duration by active modes, including public transport. The 20/30-minute city is embraced enthusiastically by politicians at federal and state level, but it’s much more about clever politicking than good policy-making (see Is the “20-minute city” mostly spin? and Are the politicians trying to con us on this one?).

Of course, the current pattern of travel is in part a product of the existing transport system. Some argue that public transport isn’t used for short trips for the simple reason the available options aren’t good enough. I think there’s something in that argument, but it can’t be taken very far.

The key reason public transport is barely used for short duration trips is the time involved in walking to a stop and waiting for a service – even a frequent one – makes up a large percentage of a what is a brief trip (the average duration for all trips up to 20 minutes is around 12 minutes). That makes it uncompetitive with the alternatives, especially driving, which requires no wait time, no timetable, usually no walk time at origin or destination, goes direct, travels at higher average speed, and is entirely private. I expect many short trips are also made when congestion is low and hence driving is especially attractive e.g. near home and/or outside peak hours.

Some of those who walk and cycle might choose to take public transport instead if what was on offer were better, but it’s fair to ask if that would be a better outcome and if the cost would be justifiable.

The lessons for policy makers are, firstly, that the greatest potential for public transport is in medium to longer time/distance trips and, secondly, that public transport won’t win a larger share of shorter trips unless car use is actively suppressed in some way. Restricting parking at rail stations is one way to promote use of feeder buses.

At a practical level, there’s a clear implication for the politician’s favourite, i.e. the 20-minute city designed around active transport. The travel limit can’t sensibly be set by public transport or, as I’ve argued before, by bicycle; it must be set by the distance the great majority of residents are able to walk.

[This article was originally published by The Urbanist.] 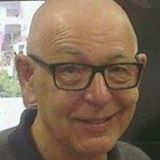 Alan Davies is editor of The Urbanist.

Friends of the L.A. River is using anti-development rhetoric - even though the project would give Los Angeles much-needed housing.