How To Make Cities Work For The World’s Poorest

Countries grow more prosperous as they urbanise - but not if the state gets in the way.

UN projections suggest that the world’s urban population will reach 6.3 billion by 2050, up 2.7 billion from the roughly 3.6 billion people living in cities as of 2010.

The vast majority of these new urban residents – over 90 percent – will be added to the cities of low- and middle- income countries – such as Ethiopia, Tanzania, China, and India.

All of this urbanisation should be good for global poverty reduction. Historically, countries grow more prosperous as they urbanise.

But the link between urbanisation and prosperity is not preordained. For governments wishing to harness the poverty-fighting potential of cities, a critical first step is avoiding or removing policies that exclude the poor from formal participation in urban life.

The government’s job in rapidly urbanizing countries is to complement the tremendous agency of the urban poor; not to work against their interests. In many countries the reality falls some way short of this ideal. Here are some ways governments could lower barriers to opportunity for the urban poor.

Efforts to contain urban growth, such as greenbelts, limit the supply of developable urban land and drive up house prices and rents. Priced-out of formal housing, many low-income residents will opt for informal settlements where they are uncertain in tenure and more isolated from both municipal services and formal sector employment opportunities.

Growing cities that accept the inevitability of their expansion can take modest steps to plan for it, working today to set aside land for future parks and networks of arterial roads that will carry transit and trunk infrastructure.

By planning ahead, fast-growing cities will ensure that there is enough developable land to keep housing affordable to all. Cities can then gradually extend infrastructure networks on a just-in-time basis as residential and commercial development expands – ensuring access to transportation, services, and parkland for all urban residents.

Smart and Flexible Land Use

The public agencies that make use of expensive land in urban areas should face incentives, such as property taxes or routine audits, to use their space efficiently.

Governments that sell or lease vacant or under-utilised public land at market rates can finance critical urban infrastructure and free up land for commercial and residential development, including additional housing for the urban poor.

When housing standards are set too high relative to the local level of income, formal sector housing will be out of reach for the urban poor.

With limited alternatives, low-income people wishing to stay in the city will end up living in precisely the sorts of informal settlements that the housing standards are intended to prevent. Cities should relax unnecessary standards that put market-rate housing out of reach for the poor.

Consider a few examples. There is no case for insisting on a minimum number of parking spaces per unit of housing. Such requirements only push up housing costs.

Minimum unit size requirements also affects supply. People should be free to make their own decisions regarding the tradeoff between floor space and location.

The same is true of minimum plot size requirements and restrictions on building heights or floor-area ratios. If property owners have greater latitude to develop their parcels at intensities that reflect market demand, low-income people will have more housing options in relatively prime urban locations.

Legitimising informal settlements involves recognising the tenure of residents and exempting the housing markets therein from the costly standards that apply elsewhere in the city’s formal real estate market.

Legitimisation recognises that, even if imperfectly or inadequately built, informal settlements meet the demands of poor households that are not being met through the formal sector housing market. By working with informal communities rather than at cross-purposes, the city can gradually begin to upgrade infrastructure, services, and the housing stock.

In expanding cities, the failure to make room for growth by establishing and appropriately spacing arterial roads in the expansion area will impair the ease with which people can move between points in the city.

Limited spatial mobility will fragment the city’s labour market, reducing the number of job opportunities accessible from a given point in the city. Labour market fragmentation lowers the potential for job matching between firms and residents and thereby restricts the productive and collaborative potential of the entire city. Here again, coming to terms with inevitable urban expansion and taking modest steps to prepare for it are invaluable for rapidly growing cities.

To encourage cleaner modes of individualised transport while maintaining mobility and labour market connectivity, authorities will do well to make use of price signals — such as carbon taxes or the pricing of road access and on-street parking to reduce congestion — rather than command and control.

Expanding opportunities for the urban poor requires more than simply avoiding bad policy mistakes. Public services such as clean water, sanitation, and policing are critical to facilitating the individual initiative and creativity that drive urban prosperity.

But understanding where government intervention is actually depriving opportunity to low-income residents is the first step toward better directing public resources in ways that can help billions of new urban residents see their way out of poverty this century.

This is an adapted version of the author’s longer essay “Expanding Opportunity for the Urban Poor”, which was published by the Centre for Development and Enterprise earlier this month. It was originally published by CapX. 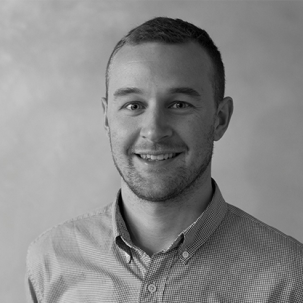