New York City's public transit dramas include all the broken elevators, too.

When riding the New York City subway, does it ever feel like every elevator or escalator you encounter is broken? This isn’t the stuff of hyperbole. NYC Comptroller Scott Stringer’s recent audit of New York MTA’s elevator and escalator maintenance practices wasn’t pretty, spotlighting serial neglect and dysfunction in the MTA’s Division of Elevators and Escalators (E&E).

While elevator and escalator maintenance failure affects every subway rider at one point or another, it has a profound impact on people with disabilities, parents pushing strollers, and the growing number of older New Yorkers who require step-free subway access. Stringer’s audit came on the heels of a lawsuit filed last month by people with disabilities alleging that the MTA has failed time and time again to make the subways reliably accessible.

Sadly, Stringer’s audit is the only the most recent in a growing canon of investigations into the MTA’s elevator problems. This collection of reports, going back to 2000, indicates that the MTA has made few efforts to improve elevators and escalators, or to take accessibility seriously.

As a whole, this 17-year history of investigation tells us that the MTA’s approach to subway accessibility is broken. As the Hevesi audit intimates, the agency is less concerned with the rider experience than it is with checking the ADA compliance box, treating accessibility as a legal, financial and operational burden worthy only of bare minimum effort.

This problem has persisted for so long because of a lack of leadership on the issue and no accountability for performance within the MTA.  Whereas Boston’s MBTA and Chicago’s CTA have both set up internal accessibility offices precisely to increase accountability and accelerate progress, New York remains wedded to meeting the letter rather than the spirit of its ADA settlement.

Nearly 27 years after passage of the ADA, it shouldn’t take court action and external audits to make an accessible subway system a reality in New York City. Governor Cuomo and MTA leadership should prioritize subway accessibility in both capital planning and daily operations simply because it’s the right thing to do.

[This article was originally published by Transit Center] 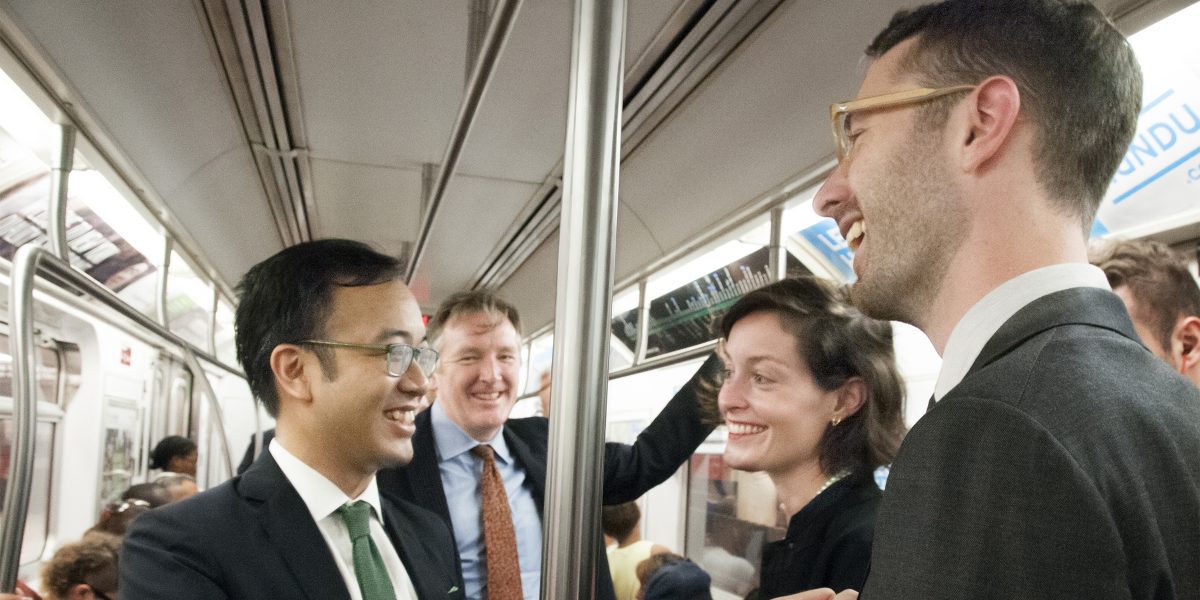 We are 14 people from myriad backgrounds, including departments of transportation, transit agencies, taxi drivers, advocacy, elected office, and international development, who are to improve transit.