Philadelphia has avoided the home price inflation of rival East Coast cities. But a mix of walkable neighborhoods and tight zoning could change this.

There is a shortage of good urbanism in America. There are only eight “legacy cities,” where dense, transit-oriented neighborhoods spread contiguously over many square miles. And even among these, crime and mismanagement has prevented some of their areas from being truly livable, which exacerbates this good urbanism shortage. This means that the few legacy cities that do function well—New York, Boston, Washington and San Francisco—get that much more expensive, reflecting the high demand for living in well-maintained urban areas.

It also shows the potential of the other four legacy cities —Chicago, Baltimore, New Orleans and Philadelphia—which have more crime and blight, and thus lower home prices. It begs the question of what these cities would become if they, too, provided clean, safe streets to the same degree.

This question is especially relevant for Philadelphia. It is a city of rowhomes; over 50 percent of the housing stock is single-family attached, more than any U.S. city. Over one-quarter of residents commute by transit. The city is full of historic churches, pocket parks and intimate neighborhoods. Philadelphia is better located than the other three long-declining legacy cities, sitting roughly halfway between New York and Washington.

Yet it’s affordable. Median home prices are $149,000, according to Zillow, well below the national average. Many neighborhoods here are vibrant, walkable and close to downtown, but have listing prices below $200,000 – something unheard of in most large U.S. cities. Which is to say: Philadelphia is a good bargain.

“You can get the Philly urban experience for half the cost of DC and a quarter of the cost of New York,” said Nela Richardson, an economist for Redfin, to the blog PlanPhilly.

The reason is that Philly had less growth than peer cities. While post-industrial decline hit many cities following World War II, it lasted for 50 years in Philadelphia. It continues to be a city with high poverty and unemployment, and suffers from pension debt, causing Philly to have the same service failures as other Rust Belt Cities. To name one example, Philly has been for several years the only large U.S. city without street sweeping, since it can’t pay the $18 million in capital costs to establish a system.

But things are changing. Philly started growing again in 2000, and since 2010, has added 8,000 residents annually. Some of the people moving in are immigrants and young professionals who’ve been priced out of other cities. A 2016 report by the Pew Charitable Trust found that the highest migration into Philly from outside the region came from New York.

This means some Philly neighborhoods are gentrifying. A Citylab piece found that while incomes citywide are decreasing, they are increasing in 15 census tracts, mostly near Center City. This includes Fishtown, the neighborhood I lived in for much of September. Fishtown was once a white, working-class area known for drugs and crime. Today, it has arcade bars and coffee shops and median home prices have more than doubled since 2012. Fishtown attracts young professionals precisely because of its urban layout. Given that much the rest of Philly resembles the look of Fishtown, it’s easy to imagine it getting swept over with gentrification in coming decades. 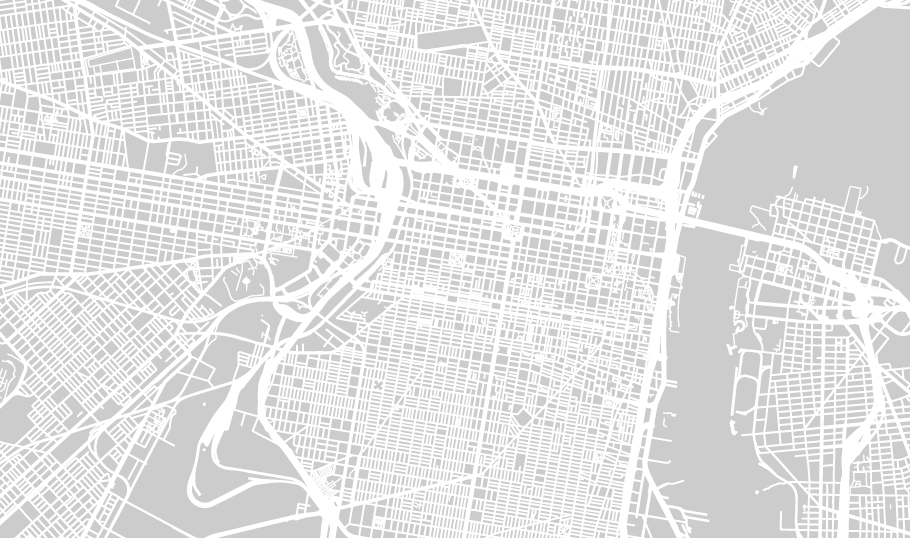 If that happens, then Philly has some ingrained aspects that will make this transition hard. First is that, the city’s population is still quite poor.

“We really don’t have an affordable housing problem, we have an income problem,” said Sandy Smith, a real estate journalist for Philadelphia magazine.

The poverty rate here is 25.7 percent, or about 400,000 people total. Many of them live in these proximate urban neighborhoods, and are already getting displaced. Their exodus would only worsen if gentrification spreads.

Another factor is construction costs, which has inspired the local maxim that the city “has New York City construction costs but Philadelphia rents.” Large developers face pressure—nay, intimidation—to hire union workers. And every homebuilder deals with construction codes that favor union labor, at the expense of consumers. There has been a longstanding rule, for example, that contractors use metal rather than plastic piping, although that is set to change next year.

But Philadelphia’s biggest impediment to future affordability is zoning. While homes here are attached rather than detached (which makes the city denser) the zoning code is still basically Euclidean. Much of the area outside City Center is zoned for single-family or low-density multifamily. The height limit for rowhomes is 38 feet, to prevent buildings from sticking out

“While variances are common, they allow for only minor density increases, and are subject to political dealing,” says Jesse Shemesh, portfolio manager for Point Acquisitions. Shemesh buys underutilized properties and gets them rezoned, before reselling to larger investors. He says that in a typical scenario, he’ll purchase a small empty lot that’s zoned for one unit, and work to rezone it for two or three. Even this minor change requires major negotiating, as to satisfy politicians, labor unions and community groups.

The final outcome is often that land gets upzoned, but only if the developer agrees to certain payouts. In Philly, developers have been asked, in exchange for density bonuses, to fund everything from school computers, to minority contractors, to structured parking for neighborhood locals who don’t live in the project. “The worst thing about the process,” says Shemesh, “is the unpredictability since each project is subject to different negotiations.

Philadelphia’s just as Nimby as other coastal cities, and if it ever has similar demand levels, the housing will become just as expensive.

“It’s kind of the prerogative of the councilman,” says Shemesh. “There’s really no basis for the variance, or any set law.”

As with the construction code and labor rules, these “community benefits” add to the final price of units. And because there’s not much spending power in Philly—but instead, “Philadelphia rents”—it means developers have limited ability to cover costs. Perhaps that’s why only around 1,000 new units get built annually.

Philly thus deals with the same political problems as wealthier legacy cities – NIMBYism, regulation and restrictive zoning. The consequences haven’t yet been fully felt, because Philly isn’t facing their same growth pressures. But because of its legacy characteristics, Philly likely will get this growth surge in coming decades, as Americans continue returning to urban centers. If so, Philly won’t be in a good position to accommodate the growth. In fact, it could see the same price inflation and displacement that plagues New York and San Francisco, because it has their same mix of great urban bones and regulatory mindset.