[This article is by Juan Antonio Sorto, a doctoral candidate in the department of urban planning and environmental policy at Texas Southern University. It was originally published by the Kinder Institute's Urban Edge blog.]

Hurricane Harvey makes landfall, hitting Corpus Christi, Victoria, and Rockport, the last of which was completely destroyed by the Category 4 hurricane. Four hours north, the City of Houston is preparing for the arrival of Harvey, now downgraded to a tropical storm. Houston area residents receive contradicting information regarding the storm and evacuation. Governor Greg Abbott suggests the city “strongly consider” evacuating, but Mayor Sylvester Turner, citing the deadly evacuation disaster during Hurricane Rita, tells residents to wait for local officials to make such calls, so residents remain in place and hunker down. Ten miles northeast of downtown Houston sit the communities of Fifth Ward, Kashmere Gardens, Pleasantville, Groverland Terrace and East Houston, where I reside. While the rest of the city has multiple food stores from to shop at in preparation for the storm, Northeast Houston residents are limited to less than a handful of grocery stores. Adding to that stress is the fact that many of the roughly 120,000 residents within my community are elderly, depend on public transportation or are part of single-parent households. The median income for the six zip codes within Northeast Houston is just $27,000 per year, according to Census estimates.

The storm arrives overnight with moderate to light rain. Most of the community remains in good spirits. Many are looking forward to that night’s upcoming boxing match between Floyd Mayweather Jr. and Connor McGregor. Many even make plans to gather at each other’s homes and barbecue. Officials continue to warn the community to seek shelter, anticipating that the storm will gain strength overnight. They even provide a preliminary list of shelters that will be available in case people are displaced by the storm. For East Houston, and the surrounding communities, Key Middle School, located three miles away, would be the designated shelter.

The rain takes a pause between 2:00 p.m and 5:00 p.m. My family and I have been stuck inside since Friday afternoon. We decide to go to the nearest Starbucks for ice tea while I work on my dissertation. We stop by Pizza Hut for take-out and watch the fight at home.

The severity of the storm has not hit me. Even as news reporters discuss the possibility of flooding, I consider it unlikely in my own neighborhood. Flooding in that area is not typically an issue (unlike some other parts of Houston). In fact, I figure my home will be fine even if it does flood because I have homeowners insurance. But I, along with roughly 80 percent of the homes eventually affected by Harvey, do not have flood insurance. The rainstorm strengthens at 7:00 p.m. It’ll be days before the rain lets up.

The city announces the designation of several new shelters that are in place for people to evacuate to as needed, including the George R. Brown Convention Center. In East Houston, where some streets are now under more than 12 inches of water, thanks in part to the proximity to Halls Bayou and Greens Bayou, there is still only one designated shelter. People start to turn to social media for help and local community leaders use their platform to communicate the information to each other. Every few minutes there is a new post on Facebook, Instagram or Twitter from residents seeking rescue from rising water levels.

PLEASE HELP!!! Lady is in need of rescue at Mesa Drive… can anybody help her?

Please help a gentleman and a lady stranded. He is a heart patient and also a dialysis patient and has to go to dialysis tomorrow.

Only later, when the bodies of six family members are discovered in a van near Green River Drive, does the gravity of the situation hit. I head out and wade through water in my neighborhood to recommend neighbors move their cars to higher ground. I turn to social media, too, publishing photos on my social media accounts to bring attention to our community, which isn’t drawing the same media attention during the storm as other neighborhoods like those around Brays Bayou and in west Houston. The rain continues throughout Sunday, but the winds are fortunately calm within my community and we continue to have electricity. The news media outlets have reported a few tornado watch warnings, but mostly in the Acres Homes community. Worried for their safety, I send a few community members messages.

The requests for emergency assistance continue on social media into the night.

I have called the Coast Guard, 911 and all these numbers people have sent me.

Water is rising and they need to be rescued. House is submerged. I am past calm prayer

There are other requests from a family of four trapped in their home, elderly folks needing to be rescued and questions about shelter locations. Watching the requests light up on social media, I am heart-broken for my neighborhood and city.

Water levels continue to rise steadily. One step separates the water from my front door. Almost two feet of water surrounds my home. I pack a bag with a few essentials, including my toothbrush, toothpaste, a razor, a few changes of clothes, my passport, wallet and dog food) as I prepare for the worst, ready to evacuate my home. By this time, most of East Houston is under water. The entire community around Lake Forest Park is flooded as the lake there overflows with rainwater. I walk through water to assess damages on my street and neighboring streets. Water levels are almost waist-high on Mesa Drive.

The water reaches its peak and finally starts to recede. I come across several people with boats as I walk around the community, still under substantial amounts of water. I meet people who traveled from Victoria and Corpus Christi to help with rescue efforts with their boats. I also meet a couple of Cuban men who made a raft out of plywood and tires, Salvadoreans with a boat and a cyclist trying to bicycle down Mesa Drive, where a couple of trucks, including a fire truck, sit flooded in the middle of the street. Some use inflatable mattresses to transport their pets and possessions. Nearby, the building that houses the East Houston Economic Development, Inc is flooded. My community is completely transformed.

The water completely drains within my community. I am finally able to walk around the neighborhood without wading in water. People start to come out of their homes. Their furniture and carpeting that was ruined by the flooding started to appear on curbs as neighbors clean out their damaged homes. Although it took only a few days for flooding to disappear from the community, I know that it will be years for the rebuilding and recovery to be complete, especially in a community such as mine that already has limited resources.

When I moved to East Houston in 2001, one of the things that attracted me to this area was the abundance of older trees surrounding the homes. As I began to explore the area, I quickly learned that the people, some who have called the area their homes for generations, are what makes the community unique. I love hearing stories and seeing pictures of the past when Mesa Drive was just a dirt road. As time has passed, the businesses in the area have dwindled. The community once had a movie theater, skating rink, multiple groceries stores and a post office. Now there are only two groceries stores within a seven-mile radius, several casino game rooms, and liquor stores. The movie theater, skating rink, and post office are no longer there. Yet, the people within the community remain hopeful and resilient. These characteristics make me confident that we will rebuild stronger and better. Hurricane Harvey may have temporarily knocked us down, but our spirit of hope and faith will lift us up again as we help one another rebuild our home. 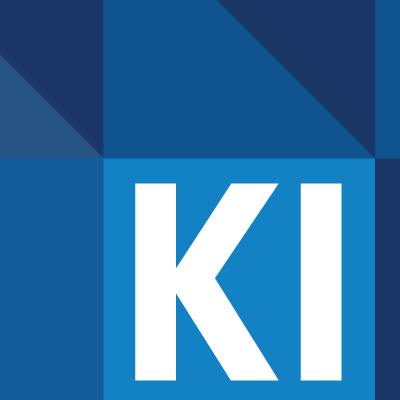 The Kinder Institute for Urban Research is a multi-disciplinary ‘think-and-do tank’ housed on the Rice University campus in central Houston, focusing on urban issues in Houston, the American Sun Belt, and around the world.

Friends of the L.A. River is using anti-development rhetoric - even though the project would give Los Angeles much-needed housing.