The State is Not an Infrastructure Psychic

Solyndra is well known today as the now-defunct solar-panel company that was once backed by over $500 million in federal loans. And while its inability to compete in the marketplace proved a scandal when it filed for bankruptcy in 2011, it could be argued that this example of government waste was somewhat successful. But that's the case simply because Solyndra was properly allowed to go under.

Government cannot credibly invest in the companies of the future, nor can it wisely pick the right locales for infrastructure.

Government can't act as a business or as a venture capitalist because entities backed by government generally don't compete as private-sector businesses do, they're not disciplined by profit and loss, and (most importantly) they're generally not allowed to fail.

This is extremely important given one essential truth: Prosperous locales like Silicon Valley don't generate great wealth because all of their businesses succeed. They are defined by abundant wealth precisely because most of their start-ups go bankrupt.

The private sector funds all manner of Solyndra-like implosions (albeit much smaller ones in start-up form), but because private businesses and investors operate with market discipline, bad ideas are quickly mothballed so that misallocated precious resources can be directed to higher-value uses. This is generally not true for government-backed enterprises in the sense that they enjoy unlimited funding on the backs of taxpayers.

Stated plainly, it's very difficult to see into the future. This is why good and great investors are paid so well. Future-seeing investors don't work in government. And so government fails as an allocator of precious resources that are always and everywhere created in the private sector.

So what is with all of the excitement over the Trump administration foisting a gasoline tax on the electorate in order to spend $1 trillion on roads, freeways, and airports, along with the subsequent maintenance of all three?

Just as the government cannot credibly invest in the companies of the future, nor can it wisely pick the right locales for infrastructure additions, improvements, or both. This isn't solely because government spending is frequently defined by waste. That's a given (we're just not as careful when the money's not ours).

To understand why it's worth looking back to the 1970s when the departure of its manufacturing base left Seattle a veritable ghost-town. At the same time, Detroit was one of the most important economic cities in the world, thanks to the “Big Three” automakers.

Texas was beginning to boom too, albeit in a somewhat artificial sense owing to a weak dollar that was driving energy prices to previously unseen highs. Notably, the same weak greenback that gifted Texas with surging oil prices was slowly rendering gas-guzzling U.S.-made automobiles less and less attractive, such that Detroit was on the verge of a long decline; one that's apparently not over.

As for Seattle, though few predicted it at the time, the return of Seattle-natives Bill Gates and Paul Allen, along with their then Albuquerque, NM-based company Microsoft, foretold the booming growth that continues in the Pacific Northwest to this day, with global brands such as Amazon, Starbucks, and Nike (Portland, OR). Looking back to 1970, dollars spent on infrastructure likely would have favored a dying Detroit over a Seattle that was about to roar.

Fast forward to the 21st century, and a recurrence of weak dollar policies from the Bush and Obama administrations has once again authored a boom in commodity-rich states like Texas and North Dakota throughout much of the 2000s, but in recent years, a stronger greenback has taken commodity economies (North Dakota in particular) into decline. And while Silicon Valley and Seattle were, at least on the face of it, weakened by the failure of many technology companies as the century began, they're now soaring.

As Rich Karlgaard has pointed out, of the five most valuable companies in the world today, three are in northern California and two are in Seattle. This would not have been easy to predict back in 2001.

Lest we forget, Amazon was trading for roughly a dollar amid the internet wreckage, Microsoft was deeply wounded thanks to the Department of Justice having taken it to court for being too successful, Apple was only three years removed from near bankruptcy (the iPod and iPhone had yet to reach the market), Google wasn't public yet, and Facebook didn't exist.

The present doesn't always predict the future, which is a major reason why investment (including infrastructure investment) is fraught with so much risk. When government takes on the risk of investing in roads, freeways, and airports, it presumes that it can successfully see around the economic corner, as few can.

Seattle and what we call Silicon Valley might seem to rate more infrastructure spending today than relatively depressed Pittsburgh, PA, although it is proving to be a major player in the robotics industry that some say will define the future.

In Texas, Austin was long the afterthought college town, but now it is bursting with technology talent and its low-tax environment could position Texas's capital city to outrun everyone else. Or maybe unbeknownst to us all, some bright Detroit natives will start tomorrow's Microsoft in the Motor City such that Detroit will rise from its destitution as Seattle once did. Who knows?

Thinking about technology more broadly, USA Today columnist Windsor Mann has pointed out that drone advances might render a lot of road-building unnecessary. If drones can transport goods around the country, it's arguable that money spent on roads will be wasted. Cars used to be an obscure luxury as private planes are today, but what if planes increasingly fill in for road travel. Might small airports become the pressing need as opposed to roads and major airports like LAX, JFK, and DFW?

We're also hearing a lot about Hyperloop technology that has the potential to transport a Palo Alto resident to a job in Pasadena in a matter of minutes. If so, will trains and commercial airplanes (along with airports) prove unnecessary in the way that phone booths and bus stations increasingly are today?

The future is difficult to predict. While government spending on roads, freeways and airports may "create jobs," what’s unknown is how much wasted work will be created at the expense of greater advances in the private sector, not to mention whether or not technological advances will render today’s infrastructure spending unnecessary for what promises to be a very different tomorrow.

Ultimately, the answer should be that government stay out of infrastructure and let markets work free from distortion. Never forget that governments can only build roads insofar as the private sector creates the resources for them to do so. Maybe we should cut government out of the transportation equation altogether if only to see what the profit-motivated can come up with.

[This article was originally published on FEE.org. Read the original article.] 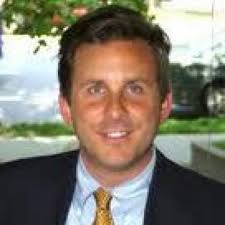 John Tamny is a Forbes contributor, editor of RealClearMarkets, a senior fellow in economics at Reason, and a senior economic adviser to Toreador Research & Trading. He’s the author of the 2016 book Who Needs the Fed? (Encounter), along with Popular Economics (Regnery Publishing, 2015).

America's high-speed rail future may be achieved not by government planning, but private investment.