Transit In Tokyo: Private Yet Centralized

In New York, two of the commuter rail operators, LIRR and Metro-North, belong to the same agency, the MTA, but they are run as separate fiefdoms. They do not share infrastructure, and when opportunity arises, they remain territorial and demand billions of dollars in extra capital construction so that they can avoid sharing infrastructure.

Is further centralization the answer? Probably not. After all, the LIRR and Metro-North are technically part of the same central agency, but do not cooperate.

In Paris, two commuter lines are jointly owned by two separate operators – RATP, which runs the Metro, and the national railroad SNCF. There is through-service, with drivers and trains going between the two territories. The fares are integrated – there is no difference between RATP and SNCF lines, and one monthly pass is valid on both. Planning is done by a regional public body.

In Tokyo, even the public sector intermediary isn’t needed. The subway is run partly by the city, partly by a state-owned corporation, but commuter rail is run by nine major private companies. Services are integrated: trains from one private company go into the subway and then leave on lines belonging to another company – even if those two companies are competitors elsewhere in the region.

What the companies in Paris and Tokyo have that the ones in New York lack is operational flexibility – the willingness to change practices based on what’s best for passengers. 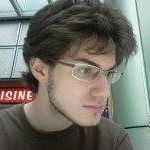 Alon grew up in Tel Aviv and Singapore; subsequently lived in New York, Providence, Vancouver, and Stockholm; and currently lives in Paris. His writings on urban planning and mass transit incorporate substantive statistical analysis and cross-national comparisons of policies that create functional cities. You can find him on Twitter at @alon_levy and on the blogosphere at pedestrianobservations.com.