An in-depth look at why N. Howard Street - a crucial one in Baltimore - is not functioning at its optimum level.

The pace of economic change on Baltimore’s North Howard street would seem odd to urban observers. The area between W. Read and Franklin Streets has all the public and private assets that should make this street “take off ” economically.

First, this area is located on the N. Howard (Central) Light Rail line - with two stops in the immediate neighborhood (this service has been around for 26 years). The Baltimore Metro and Penn Station are within a 10-minute walk. Newer transit solutions include a full-cycle track two blocks away. BIRD launched in Baltimore this year and scooters are nearby. Also on the street are “anchor institutions” like the University of Maryland Medical Center (UMMC), state office buildings, and the Baltimore Symphony.

Perhaps the most tangible asset, however, is a neighborhood full of beautiful, historic, and walkable residential properties to the east. One would think a set of attractive commercial blocks in a neighborhood with great transit would be vibrant. It’s not.

While there are signs of new residential and commercial activity along with some established existing businesses, they share the same space with blighted properties throughout the area. Between Centre and W. Read streets there are at least 20 distressed or closed businesses. To get a street-level perspective, I interviewed several commercial and property owners in this area. Here’s what I heard.

Howard St. was once known as Antique Row. Several shop owners remember the area at its height from the 1950s to the early 1990s, when over 50 antique stores were located in this area and it was a popular regional destination.

Since then several things have chipped away at the quality of the street. Maryland General Hospital (now UMMS) added employees to the area in the 1960s. However, the design zeitgeist of that era was to create a structure that both physically “turns its back” on Howard, while also eliminating an entire block of shops on the west side of the street. In addition to creating a blank wall, the campus design directs and promotes people to drive into the facility and avoid street engagement (a check with the facility indicates most parking is subsidized and is often not more than $3.00 for 24 hours). In the early 1990s light rail was constructed, and while later considered an asset, construction lasted over 3 years, further disrupting the street.

Picking the winners and losers.

The city made a number of investments that, while good unto themselves, did not bode well for Antique Row. From the 1970s to today, the city put significant investment in other neighborhoods, including the Harbor, Fell’s Point, and Canton. Focusing on these areas is understandable, but also pulled support, infrastructure, visitors, services, and tax dollars away from Antique Row. As anchor department stores closed on N. Howard and people were attracted to those other investments, there simply wasn’t enough of a market to sustain an antique center.

How does N. Howard attract investment? Many shop owners are trying to sort out where they will “land” as the city continues picking winners and losers. Some owners were attracted to the area after the promise of potential city and state investments, and further investment in UMMC. New housing is going up, but the commercial areas of the blocks maintain their basic rundown appearance. The street is not maintained and “cleanup is both an effort and is not regular,” says one owner. Either the city should provide basic investments and services, or “lower my taxes and get out of the way.”

An additional concern is the labyrinthine zoning that makes it difficult to navigate what is and is not allowed. One property owner complained about what they called “municipalism”, or the idea that all problems can be solved through bureaucratic layers. These layers prevent people from moving forward with property or business investments. Another owner who manages and sells commercial property mentioned the term “bipolar”, whereby the city takes actions encouraging investment and redevelopment but then locks up the land in historic districts or with highly restrictive zoning that prevents rehabilitation.

“The future of this neighborhood is mixed-use but the permitting is not supporting or reenforcing this evolution,” one business owner said.

To understand why this is happening, look at how Baltimore is managing land use. Here’s the city’s zoning map:

The people on N. Howard are split between zones C1 and C5. These are just 2 of the 43 zoning districts and sub-districts in the city. C1 has 100 defined uses. Each use is either permitted or conditionally permitted. Conditionally permitted uses break out into those that can be approved by variance through the zoning board of adjustment or the planning dept/board. Other variances require approval of the city council and/or the mayor’s office, with the approval being secured only via new ordinance (law).

Now, remember that if you have a combination of permitted and conditional uses that you want to pursue, then you must seek a variance. For example, if I want to own a building in C1, and have a live-work arrangement, I am permitted. I can also rent out apartments. However, when I want to start my dream of a coffee bar/takeout place on the ground-floor commercial space, I need a variance. I could give up on this and start a nursery or an animal clinic, as these are permitted. A couple blocks up in C4, the takeout business is fine but I can’t have the live-work arrangement. All of this assumes my building meets all the lot coverage, height, and parking requirements, etc.

Seeking variance from a city normally requires pleading a case before a municipal board or other governing bodies. Often this means retaining a lawyer, a planner, and possibly an architect or other required professionals. As the applicant, you will pay for these services and for the time that municipal officials require to review your application. You may then be approved or not approved. To an investor this is like gambling on whether the planets will align and Tuesday will be sunny or foggy. So if you want to introduce a new, innovative, or trending market activity, it may have to go through this process. On top of this zoning structure is an urban renewal overlay. This means these areas also have some sort of regulatory or financial investment scheme that the municipality plans to use to “improve” them. One has to wonder which district is going to be a winner or loser. At surface level, it certainly sounds good to be in an investment district unless, of course, regulations are completely onerous, or if that investment goes into a slightly different location than yours.

Either way, this is a tremendous regulatory framework to navigate. Like many cities, Baltimore’s land use is micro-managed. This can encourage property owners to sit and wait for better valuations, which also leads to deferred maintenance and decaying structures. Or it can encourage property owners to sell to developers with deeper pockets and longer timelines to navigate the bureaucracy. When these folks are unsuccessful at navigating the system, it signals to other property owners and potential developers to stay out. This can lead to further decay of a block or neighborhood.

How a mix of public safety failures, disinvestment, and pointless regulations hold a crucial street back.

Visually, this is clearly the case on North Howard. Yet amid this decay are several new business and property owners; folks who are “making a go of it”. They clearly want other businesses to see their work and consider opening in the area. Unfortunately, several of these owners lock their doors to keep “undesirable” street traffic from entering. Only those businesses that are trying to encourage drop-in traffic and have front desk staff leave the doors open.

So what does N. Howard St. need?

2. Adequate (but not excessive) policing. For Baltimore this means basic policing without the well-reported corruption and harassment. That store owners lock their doors - which is a deterrent to customers - signals a basic policing problem. Better policing could come either through reform from City Hall, or through a BID (although this could be expensive).

3. Services for taxes paid or a reduction in taxes. Baltimore appears to use tax revenue to pick areas where it will reinvest, versus areas that simply must pay taxes. The city needs either to serve all these taxpaying areas - through basic street cleaning and upkeep - or let owners in them keep the money and explore different solutions.  “Clean and maintain my street or lower my tax bill and I’ll do it myself ” reflects a common local sentiment about City Hall.

These solutions would help to solve problems along N. Howard, and other struggling parts of Baltimore. People I spoke with want to invest here. They realize it’s a complicated, dense and urban place, but also an asset, and with basic services and reasonable taxes, can enjoy market growth. They really want Baltimore to succeed, and they’re ready to put some sweat and risk into making that happen. What they need is basic support from City Hall. Unfortunately, from policing to regulation, City Hall seems to float between the status of friend and foe. Clarity, streamlining, and eliminating waste and corruption within the bureaucracy would go a long way for Baltimore and for the people on North Howard Street.

(All photos courtesy of the Author or baltimorecity.gov). 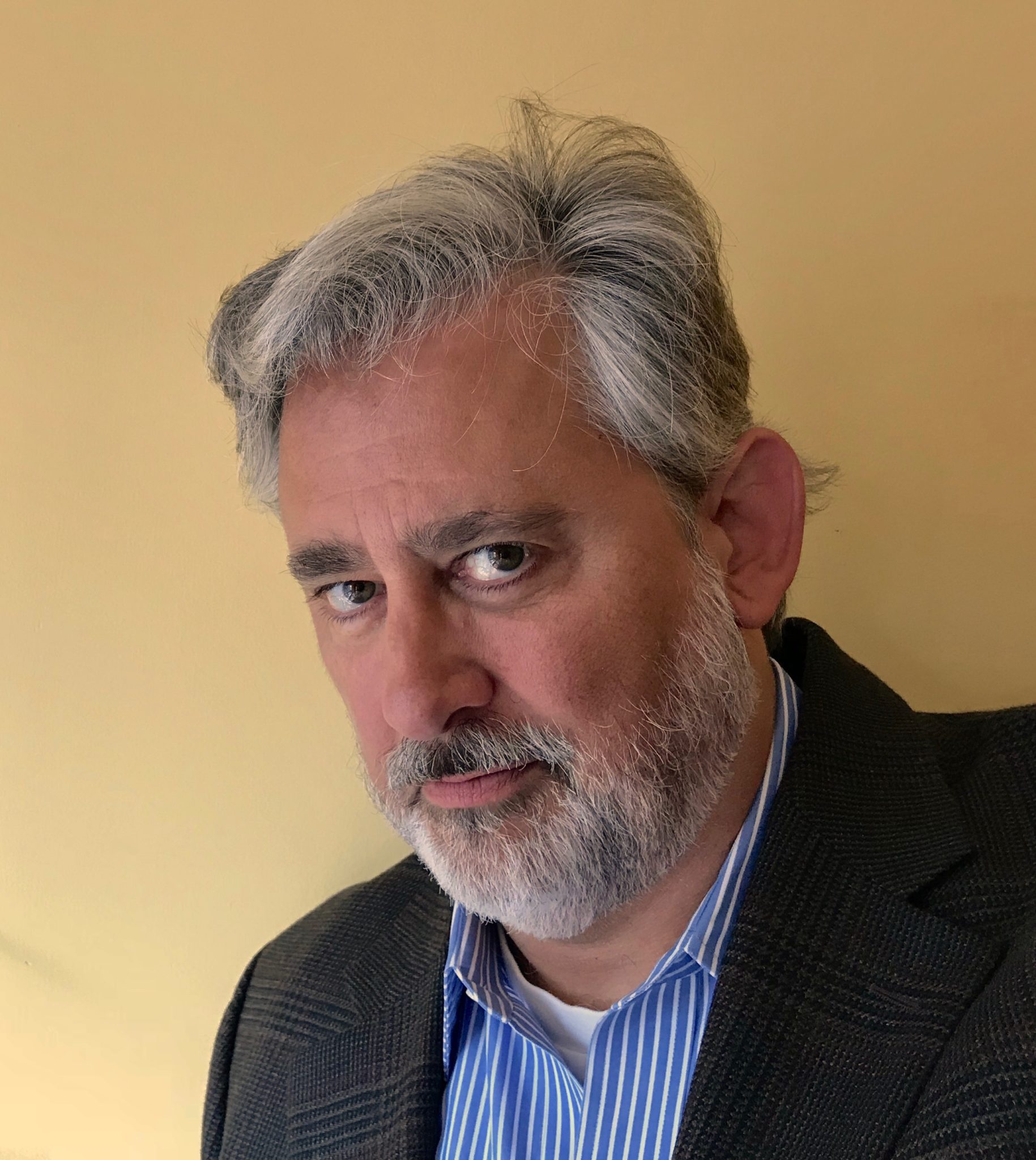 Antonio Graña has worked in Operations and Information Technology, implementing leadership strategy and managing complex organizational change. He is an urbanist who engages in New Jersey land use decisions.