If San Antonio just improved downtown walkability, it would accomplish all the same things it's trying to do with light rail.

When Valley Metro Rail opened almost a decade ago, Phoenicians cheered and chided the line, and San Antonio, through no fault of its own, became America's largest city without an intracity rail system.

San Antonio, as well as wealthy enclave Alamo heights, grew and built around streetcars in a 55-year boom that ended in the throes of the great depression. In 1933, it was the first major American city to lose its trolleys, as the company doing so could no longer operate them profitably.

While San Antonio is fast-growing, it has issues with inequality. About one in every 10 households in the city is without a vehicle, and only 5% of people travel to work by walking, cycling, and public transport combined. The public transport system is largely inadequate for those without cars (they often rely on taxis or co-workers), and completely ignored by anyone who can afford (even barely) a car.

Given this, many propose using light rail more for real estate development than legitimate transportation: the streetcar model.

Streetcars are hugely popular lately, and many other non-transit cities, like Kansas City, Tampa, and Tuscon, they serve as a signal for tourism and downtown redevelopment, rather than to improve mobility.

But development seems to be coming from cities' willingness to signal that they're places to go without a car, rather than from the negligible (mile or less, frequencies so bad you'll arrive sooner by walking rather than waiting for the next one) transportation value of the trains themselves.

Rather than putting $50,0000,0000 or more per mile, for a streetcar whose transportation value is worse than a bus, what would a smart-money investment to improve the vibrancy of downtown for tourists and residents look like?

It may seem like a big idea, but San Antonio already has an immensely successful vehicle-free model to follow: The RiverWalk.

The riverwalk is a world-class area of food, drinks, and fun, that connects the city's pan-american expedition leftovers with its convention center and waterfront. It's the place you take a friend or family member to when they come into town to visit.

At its smallest usable extent, the pedestrian area would simply be an extension to street level of the riverwalk, with safety barriers added, and the smoke-free and open container-friendly policies brought to San Antonio's historic core. For downtown businesses, this would mean a lot more potential customers, without the need to build more parking.

The above example shows one possibility of what areas would be closed to vehicles in a pedestrian San Antonio. It may seem like a large area, but it's already the area many drivers know best to avoid, flanked with ample parking lots and garages. Once you're within this area, you already may as well walk.

This is a representation of how the area may be shown on maps. Not all of this would be pedestrian-only streets, but all would include high-quality walkways and a well-enforced 10 mph maximum speed limit, functionally the area where people would leave their cars, and the region where destinations are best reached on foot. Due to its shape, I call it "the narwhal". The "horn" would be a river-adjacent improved area (much like the current riverwalk), connecting a myriad of cultural and natural amenities to the downtown core.

These maps may seem like a huge area to take out of America's 7th largest city. Where will the cars go? Well, as mentioned before, drivers already tend to avoid this area, and it's not all that big. No part of it is more than a 15-minute brisk walk from any other.

Isn't this a new concept?

Not particularly. In fact, a much smaller city has put a comparable area of its land to a similar arrangement.

It wasn't always this way.

If you visited just a decade ago, this bridge would be home to several lanes of smog-choked, slow-moving cars, and no pedestrians were even allowed. Ljubljana credits much of the success of its pedestrian area to the city's 60,000 University students (San Antonio has over 100,000 near downtown alone).

Despite being home to approximately five times as many residents, Downtown outside of the RiverWalk can seem a desolate place to anyone outside of a car. It doesn't have to be.

What about the buses?

While as I mentioned earlier, more people don't have cars than use transit in San Antonio. But among those going downtown, a larger chunk of people do use the bus. But it's possible to have a pedestrian-centric environment that still receives bus service. It's called a Transit Mall.

The above is Fulton Street mall, a neighborhood in Brooklyn. Private vehicles aren't allowed, but buses come roughly every instant.

A pedestrian San Antonio could dedicate two major through streets, one east-west, and another north-south, to be bus-only thoroughfares through downtown, as seen above.

Where would the buses go?

St Mary's Street and Commerce Street are each larger than Fulton Mall. They could host similarly large pedestrian areas and offer enough space for consistent bus service, transit for people with disabilities, and possibly even taxis. All bus routes serving downtown would interline onto one of the two, meaning there would be a bus every several minutes. To keep things moving, buses could be fare-free within downtown, or the system could transition to a proof-of-payment (honor system) operation.

With both of these streets serving as bus conduits, no point in the entire pedestrian area would be more than a 5-minute walk from a bus stop.

Given how few residents use transit currently, and the issues facing the city, there are profitable investments to be made in improving conditions for people outside of cars. Because pedestrian areas promote business growth and increase property values, the funds spent on bollards, benches, and new pavement, are offset, and the City has more options in the future. When money is blown on an expensive streetcar, it's just spent.

San Antonio may need light rail someday, but it has better ways to invest those funds right now.

[This article was originally published on Mitchell's LinkeIn profile.] 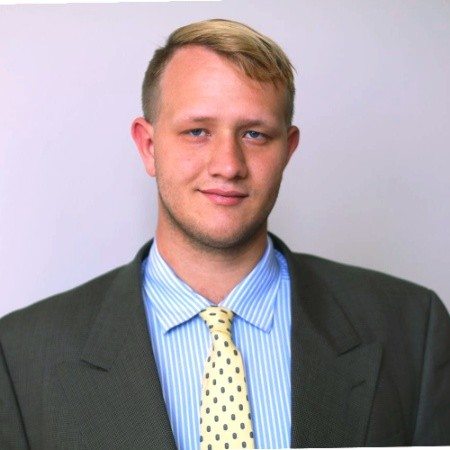 Ian Mitchell is a business development consultant for Oracle in Austin, TX.