A way to curb externalities and impacts while still permitting new development.

Why do U.S. cities have zoning? There are two main reasons.

First is to curb “externalities” - such as pollution or runoff - that real estate developments impose on a community. The second is to lessen “impacts”, or the burdens that development puts on public infrastructure.

The type of zoning normally used to achieve this is Euclidean zoning, which separates uses and limits density. But Euclidean zoning inflicts high costs on society - sprawl, pollution, home shortages, deagglomeration - and has never been particularly good at fulfilling these externality- and impact-related goals. Nor do popular alternatives to Euclidean zoning, such as Form-based Codes, pass the cost-benefit smell test.

Our alternative is “Market Urbanism Zoning.” It’s main rule would be to allow all types of development by-right. In the event that externalities and impacts arise from this development, the code will address them directly, rather than outlawing the development altogether. Market Urbanism zoning, then, is less interested in what goes on a parcel, than how that usage affects city life beyond the parcel.

Let’s start with externalities. Nearly all cities have laws limiting nuisances like noise and runoff. In our code, those remain in effect, and it would be the developer's responsibility to follow them. But as long as a building does that, its usage and other characteristics won’t matter. After all, standard aspects that are regulated in Euclidean codes, such as height, aesthetics, setbacks, floor-area ratio, and dwelling units per acre aren’t externalities, per se, and don’t deserve to be regulated as such. It just depends, again, on whether those building characteristics affect the city beyond the lot.

Market Urbanism zoning is less interested in what goes on a parcel, than how that usage affects city life beyond the parcel.

Furthermore, a Market Urbanism code doesn’t rely solely on laws to prevent externalities; it provides room for negotiation. Suppose someone wants to open a nightclub in a residential neighborhood that has a tight noise ordinance. The prospective owner can offer residents payments for the increased noise. If they agree, then the nightclub can be allowed under a Market Urbanism code.

This bargaining method, known as Coase Theorem, might sound like bribery. But Ronald Coase, the Nobel economist who formed the theory, viewed it as an efficient and voluntary way to settle disputes. Municipal governments could organize and enforce such negotiations. For example, the nightclub owner could purchase easements on affected properties, so that future tenants must tolerate the noise too - while also receiving payouts.

Now let’s focus on impacts. These, too, are often cited as reasons to oppose growth, since a given development will crowd schools, increase traffic, and strain public utilities. A Market Urbanism code does not treat impacts as a basis for stopping projects though; instead, it calls for cities to address the impacts through user fees.

Pretend a high-rise, mixed-use building is proposed that meets all the externality codes. The community will nonetheless be concerned about impacts, so the city can use pricing to address the impacts on a case-by-case basis. If the building’s retail component increases on-street parking needs, the city can apply dynamically-priced curbside parking to prevent congestion and encourage turnover. Services like schools and water provision would likewise best be handled through pricing: the residents from this new project pay based on their usage levels, and fee revenues help to maintain or expand that infrastructure to meet the increased demand.

A Market Urbanist approach to zoning recognizes, above all, that growth is a net positive, and that individuals should be free to build, live, and engage in commerce in any neighborhood, so long as they don’t harm the community or environment. As such, it uses regulation only to mitigate impacts and prevent externalities, encouraging developers either to internalize nuisances or negotiate with residents about them. But its main point is to allow more development by-right than standard zoning.

That doesn’t mean Market Urbanism zoning is a panacea (see the pros and cons bar below). Nor is Market Urbanism zoning politically likely. The goal of our thought experiment is to highlight that cities are dynamic, and the means of resolving resident-developer conflict should be dynamic too, rather than encoded into complicated, inflexible plans.

If a community is worried about the mix of industrial and residential uses, must draconian use zoning apply to every lot? Or should noxious uses be addressed as they arise? If some businesses cause noise, should all businesses be separated from residential areas? Or should that too be enforced case-by-case, based on decibel levels? A Market Urbanism zoning code which targets specific problems using a light set of legal guidelines, rather than banning things outright, would foster more permissive cities.

Euclidean zoning designates large swaths of a city for single uses, forcing every parcel to conform. Market Urbanist zoning recognizes each parcel is different, and should not have set designations based solely on location. Parcels can have various uses, and merely must follow a baseline set of rules.

Unlike Euclidean or even form-based codes, characteristics that are contained within the lot line - such as height, FAR, and DUA - are not regulated. The restrictions only happen insofar as those building characteristics create external effects beyond the lot. But if certain conditions are met, almost any building will be allowed.

Cities already have laws to stop many externalities, such as air and noise pollution. In a Market Urbanist code, those laws would remain in effect, and it would be the responsibility of developers to follow them. But as long as their buildings do that, the internal characteristics won’t matter.

Even if a proposed building would break nuisance laws, the developer can get around them by negotiating with affected parties, in a bargaining method known as Coase Theorem. Municipal governments could organize and enforce such negotiations.

These aren’t a reason to obstruct projects; but they make the case for user fees on public services. The amount users pay depends on usage levels, and the revenue helps expand infrastructure to handle the added growth. That dismantles the Nimby argument that new residents are mere leeches on the public trough. 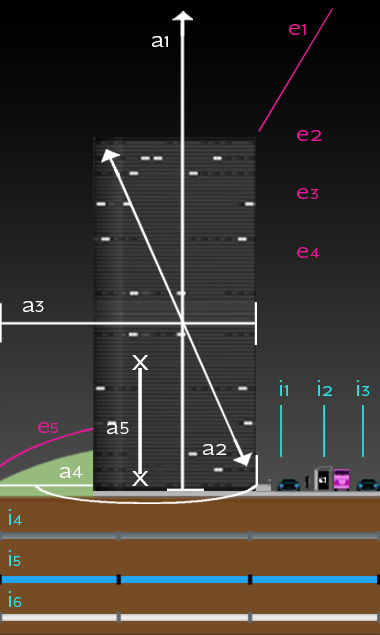 Pretend that a farmer wants to open a pig pen in a residential area. With standard Euclidean zoning, this would be illegal. And it might be illegal under Market Urbanism zoning, if the pen violates local ordinances on noise, odors, and runoff. But in the latter system, the farmer could still have two possible workarounds.

1. Negotiate with affected neighbors, who might tolerate the externalities if they receive payoffs. 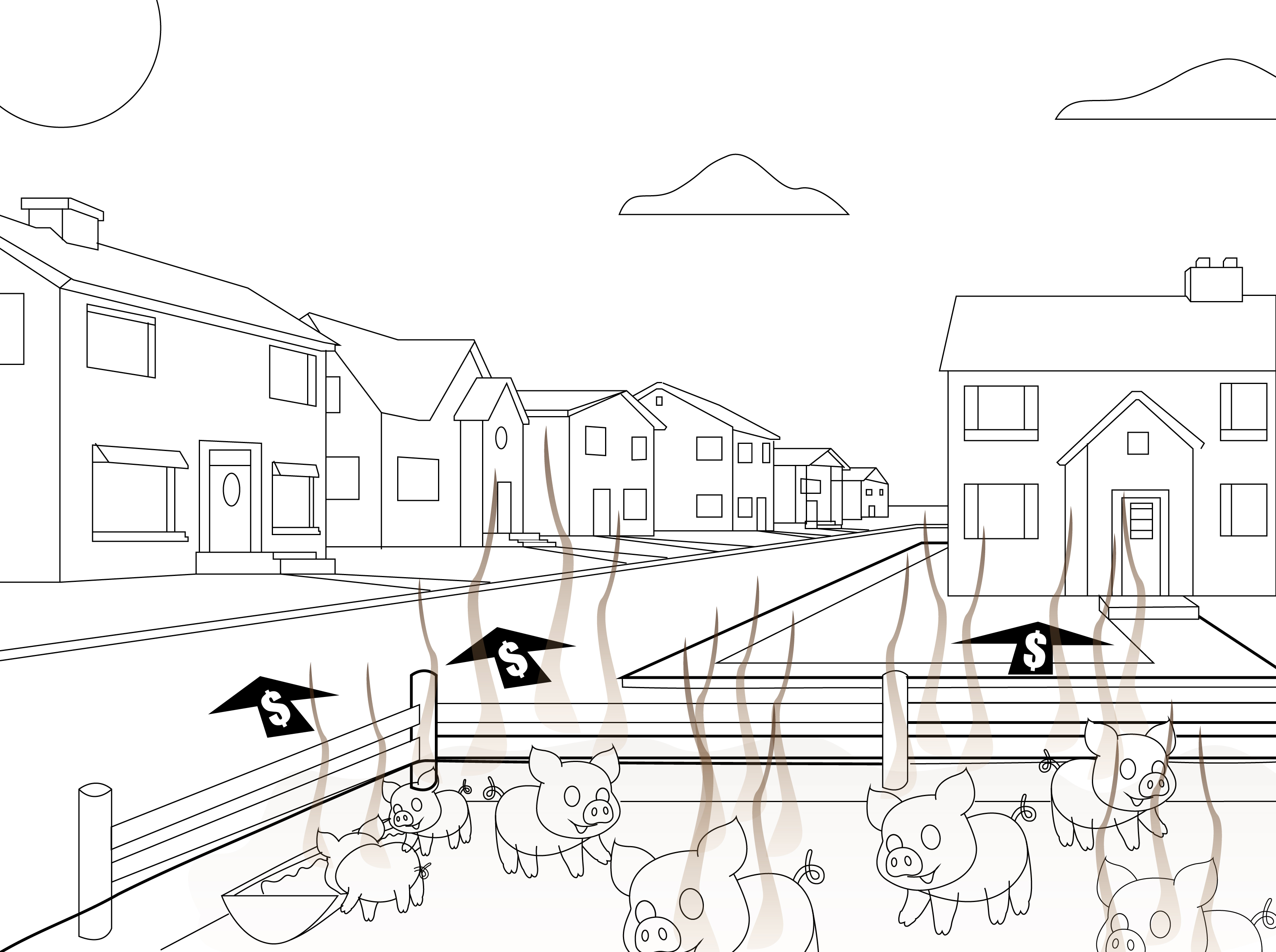 2. Build the pen in a way that “internalizes” the externalities, for example by using advanced berms or insulation. 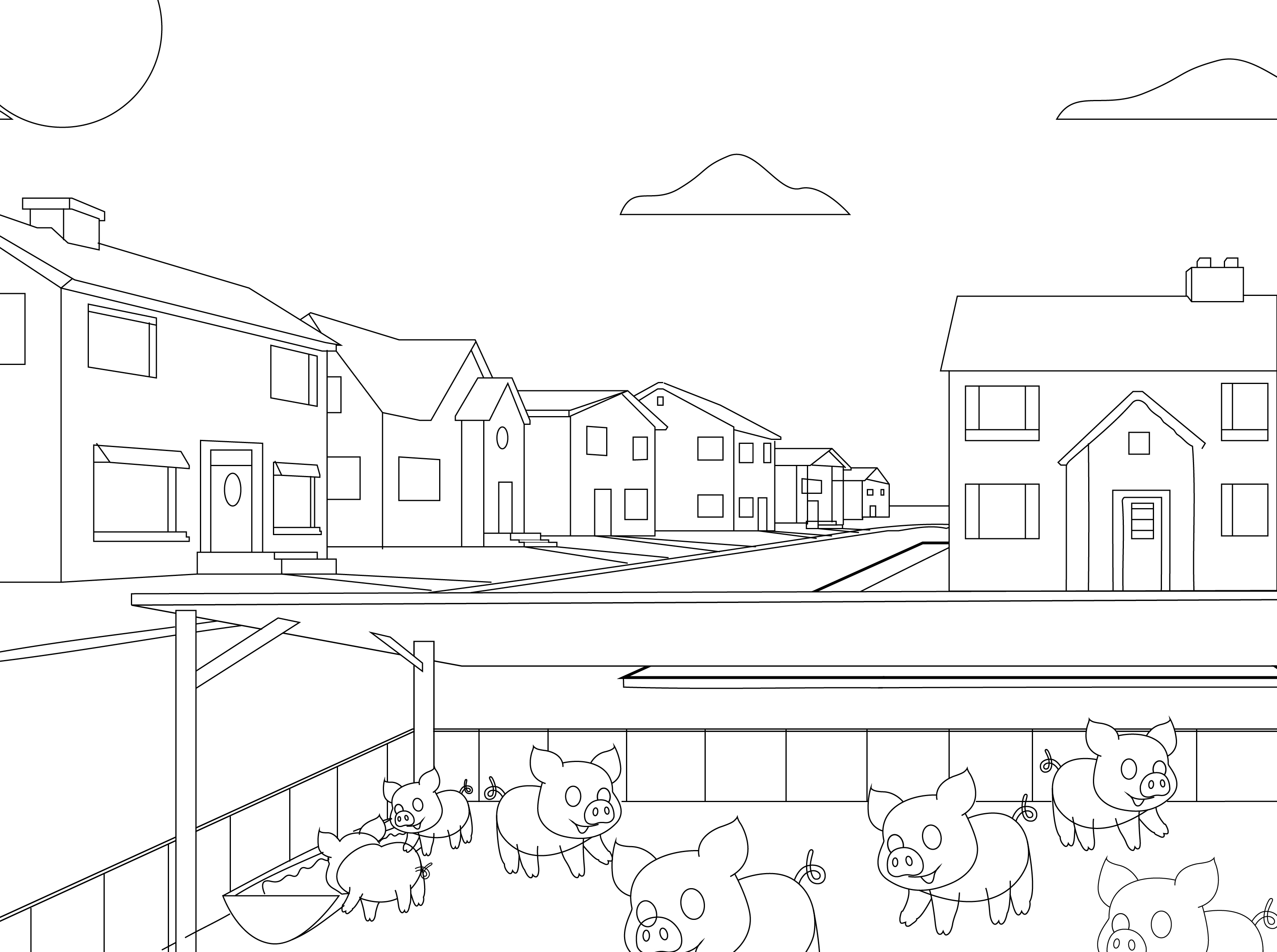 Designed by FluxFire - Built by Quickfix - Hosted on Webflow