How Does Paris Get Fed?

The challenges of practicing social cooperation amid scarcity, diversity, and imperfect knowledge.

Frédéric Bastiat, the great 19th-century economic journalist, famously asked, “How does Paris get fed?” In a nutshell, I think that’s the central question of economics.

My version of the question is wordier:

In the presence of scarcity, human and natural diversity, and imperfect knowledge, how does social cooperation take place among myriad self-interested strangers?

Brevity has its virtues but, with apologies to Bastiat, I believe my version isolates three challenges that an adequate explanation of large-scale social cooperation (getting fed) among self-interested and anonymous people (Paris) has to overcome: scarcity, diversity, and imperfect knowledge.

A resource is scarce if you have to give up something of value in order to acquire it. Scarcity then implies having to make trade-offs because getting more of one thing implies having to give up something else for it. And how much you’re willing to give up for that something depends on how much of that something you already have. Because a person typically has abundant supplies of water available to her, she isn’t willing to sacrifice much to get more water; and because she typically has few diamonds available to her, she’s willing to sacrifice a lot to get more diamonds. The economic challenge is how a person can make those trade-offs without giving up more than she has to.

Human diversity refers to differences in people’s knowledge, skills, and tastes. Natural diversity refers to differences in location, accessibility, and endowments. It’s easy to imagine a situation in which someone has more water than another person who has more diamonds, and in which there are differences in language, customs, and appearance. How do people minimize the potential conflict inherent in such situations, or, more ambitiously, utilize their diverse endowments and backgrounds in a nonviolent, complementary way?

Imperfect knowledge refers both to the incompleteness of what we know and to the incorrectness of what we think we know. You may be aware that someone is willing to buy your house for a price you find acceptable, but you don’t know who or where that person is. Or you may think you know of such a person, but you’re mistaken; or you may be completely unaware of such an opportunity. How do you gain such awareness? How do you discover those opportunities?

Economics rises to the challenges

First, if resources are scarce, wouldn’t we want to use them where they are the most valuable? But how do we know where that most valuable use is? Robinson Crusoe, alone on an island, might be able to decide whether a piece of driftwood is better used to fuel a fire or to build a hut (although he may be wrong). But if Friday is also on the island and has his own uses for that same piece of wood, how should they determine who gets to use it?

One possibility is to fight it out. Long term though, that’s usually counterproductive. Alternatively, economics explains that if you establish property rights in resources such as that piece of wood or a length of rope, perhaps according to a “finders keepers” rule, then Friday and Crusoe might both gain from a trade in which each exchanges what he owns for what the other owns. The problem of scarcity — the problem of avoiding conflict and minimizing the cost of making trade-offs — is solved by trading property rights.

Next, notice that trade occurs in this example not in spite of diversity, but because of diversity. That is true in two senses. First, Crusoe and Friday have different endowments: wood and rope. Second, each places a lower value on what he wants to give up in trade (pay) than what he wants to trade for (buy). Without diversity in either of these senses, neither would have an advantage in associating and trading with others. As I wrote in a previous column, “Trading with the Other” (March 2015), the possibility of gaining from trade is often strong enough to overcome diversities that would otherwise keep us apart. And once we come into contact with strangers via trade, we typically discover things that we have in common and at the same time build even more common ground.

Finally, sometimes economists would like to know what a market equilibrium — in which all plans dovetail and there is no disappointment — looks like in order to see which way economic forces might be tending. Our formal models of competition, for example, help us to see the effects of price controls or of changes in expectations. To calculate an equilibrium in such a model, it’s expedient to assume that people have perfect knowledge of some kind, that knowledge is complete and correct, so we can find a simple solution. But assumptions of perfect knowledge don’t describe the real world. Part of the central question of economics is how agents cope with their imperfect knowledge. If people make mistakes, how can they systematically discover and correct them?

The answer again lies with the market and the rules of game — private property, free association, and the rule of law — that foster trade, and especially the money prices that emerge from that trade (conditioned by scarcity and enabled by diversity) in a complex economy. Those prices, for inputs and outputs, allow us to calculate the costs and revenues of different actions, which in turn make it possible to calculate profits and losses. Our estimates of how profitable different courses of action might be are indispensible for helping us to make the right choice. We make a profit if we choose right or suffer a loss if we choose wrong. In that way, the market process of countless strangers, acting cooperatively out of self-interest, discovers mistakes and shows us how to correct them.

The obstacle is the way

With markets, trade, prices, and profits, we effectively cope with scarcity, diversity, and imperfect knowledge. What appear to be obstacles are really the indispensible elements of the dynamic process that constitutes the free market.

You can read a Portuguese version of this article here

[This article was originally published on FEE.org. Read the original article.] 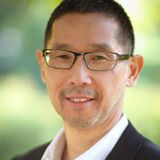 Sandy Ikeda is a professor of economics at Purchase College, SUNY. He writes regularly for the Foundation for Economic Education.