Jane Jacobs Would Have Loved Uber

In 2001 — about 8 BU (Before Uber) — I interviewed urbanologist Jane Jacobs several times by phone. She was in Toronto and I was a newspaper journalist in Pittsburgh.

Saint Jane was no evil libertarian, no sworn enemy of government mass transit, no apologist for the car or the suburbs.

But she understood the importance and benefits of free markets — in housing, in transportation, in schools, in everything. She understood, obviously, the permanent damage done to cities and suburbs by top-down planning, zoning and other local laws that are designed to restrict growth, thwart change and make diverse and mixed land use illegal.

Based on her answers to my questions below about cars and freeing up urban transit markets, I think it’s safe to say Jane Jacobs would have been a big fan of Uber/Lyft and micro-transit in general.

Here is an excerpt from my interview, which lives forever at Reason magazine’s web site.

Reason: People complain that suburbanites are too dependent on cars. Yet the newest suburbs — the car suburbs, not the trolley suburbs — are so heavily zoned and so carefully laid out. The uses are segregated so much — you live here, you work there, you shop here, you play there, you go to school over here. If you didn’t have a car, you couldn’t possibly live in the suburbs — because of the way they’re laid out.

Jacobs: That’s right. Your children couldn’t get to school. And they couldn’t get to their dancing lessons or whatever else they do. You’re absolutely dependent on a car. It’s very expensive for people, especially if they need a couple of cars. It’s a terrific burden. It costs about — somebody figured it out fairly recently — it costs about $7,000 a year for one car. That’s a lot of money, you know.

Reason: I’m a five-minute drive from all the shopping I need, but I couldn’t walk it.

Jacobs: Sure, you want to defend the car in those cases. It’s a lifeline. It’s as important as your water tap.

Reason: You aren’t anti-car, are you?

Jacobs: No. All forms of transit. It can be taxis, privately run jitneys, whatever. Things that people don’t have to own themselves and can pay a fare for.

Reason: You’re not an enemy of free-market transportation.

Jacobs: No. I wish we had more of it. I wish we didn’t have the notion that you had to have monopoly franchise transit. I wish it were competitive — in the kinds of vehicles that it uses, in the fares that it charges, in the routes that it goes, in the times of day that it goes. I’ve seen this on poor little Caribbean islands. They have good jitney service, because it’s dictated by the users.

I wish we could do more of that. But we have so much history against it, and so many institutional things already in place against it. The idea that you have to use great big behemoths of vehicles, when the service actually would be better in station-wagon size. It shows how unnatural and foolish monopolies are. The only thing that saves the situation is when illegal things begin to break the monopoly.

[This article was originally published on Steigerwald's Medium profile.] 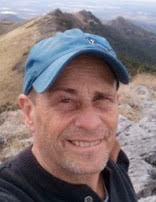 The Case For Price Gouging - Even In A Crisis

The theory ignores existing real estate data and the potential for change within the sector.