Another state bill aims to address the housing shortage, this time from Massachusetts.

Massachusetts governor Charlie Baker, House speaker Robert DeLeo and Senate president Harriet Chandler all agree on the need to reform the Commonwealth’s outdated zoning laws. And in fact, all support a specific act that would do so, called the Housing Choice Initiative (HCI). But with the legislative session expiring July 31, no action on passing the bill has been taken.

“We’re very alarmed that we’re so close to the end of the session,” said Andre Leroux, executive director of the Massachusetts Smart Growth Alliance. “It’s coming down to a game of chicken.”

“The politics are complicated,” he continued. “Governor Baker came out with his version in December, but he’s using his influence to oppose anything that goes beyond it.”

Leroux said that the governor's proposed HCI bill is very cautious bill. It would allow towns to change zoning with a simple majority vote instead of a supermajority, allow accessory dwelling units statewide, reduce parking requirements and incentivize housing production.

“No matter how much Boston does it cannot shift the regional housing market on its own,” Leroux said. “Thirty seven percent of apartments permitted in Massachusetts are in Boston.”

But why the legislature hasn’t moved on the housing bill remains a mystery.

“I think there’s a lot going on behind the scenes,” Leroux said. “I think it comes down to electoral politics. There is going to be a gubernatorial election in November and I think the governor is being cautious. He’s trying to get people behind his bill, but it’s limiting the scope.”

However, Leroux was still optimistic to see a bill pass by the end of the session.

“It’s really going to come down to the wire,” he said. “I’m not yet concerned that nothing will happen. They can move very fast when something is happening.” 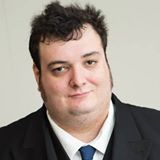